Apple AirPods Max over-ear headphones have been launched in India

Apple AirPods Max over-ear headphones have been launched in India

Apple AirPods Max over-ear headphones have been launched in India. These were earlier rumoured to be called AirPods Studio. The launch of the new over-ear headphones from Apple was anticipated following multiple reports hinting that Apple could launch a new piece of hardware today, December 8. AirPods Max have been announced globally and will begin shipping around the world and in India on December 15. They have already been listed on the Apple India online store in five colour options: Pink, Green, Blue, Space Grey, and Silver. The price in India has also been announced.

AirPods Max price in India and availability
The Apple AirPods Max have been listed on the Apple India online store for Rs. 59,900. They will be available for purchase through the store and other Apple resellers starting December 15. The pair will be shipped with a special “smart” case designed for it, which has a flap open cover, along with a Lightning to USB-C cable for charging.

Globally, the AirPods Max Pro wireless headphones are priced at $549, which works out to just under Rs. 40,500. This, of course, does not account for customs and logistics, which is why a direct conversion doesn’t make sense.

AirPods Max Pro specifications and features
Apple’s first over-ear headphones are claimed to deliver high-fidelity audio. The machined aluminium earcups are said to be attached to a unique suspension system that flexes with the stainless-steel headband, which is covered with a breathable, knit mesh canopy, to fit a wide range of head sizes. The earcups have an “acoustically optimised” net that surrounds the magnetically attached cushions. Apple says that the combination of material provides a superior passive seal for a better noise-canceling experience.

The AirPods Max are fitted with custom 40mm dynamic drivers from Apple and its proprietary H1 chip. The headphones have a total of nine microphones, eight of which also assist the Active Noise Cancellation (ANC) function to block noise from all directions. It has a single-button press Transparency mode similar to what Apple’s true wireless stereo (TWS) earphones, the AirPods Pro, also feature. The headphones connect using Bluetooth v5. 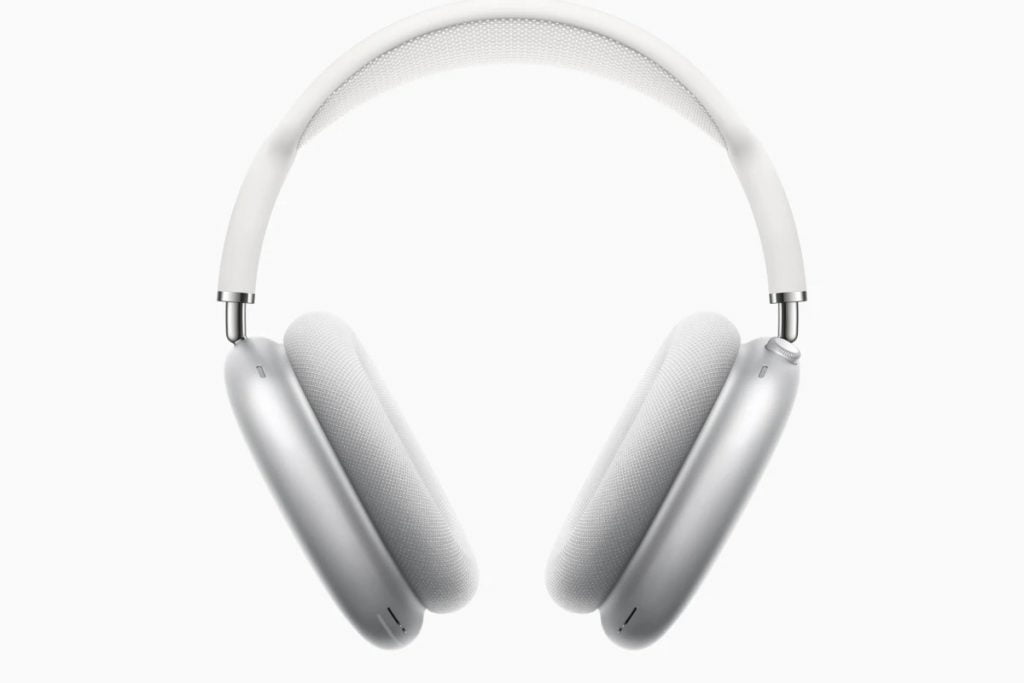 The AirPods Max also has spatial audio with dynamic head tracking, which essentially uses accelerometer and gyroscope sensors to track head movement and optimise sound in real-time. It has optical and position sensors to detect when the pair is removed from ears — or when one earcup is lifted — to pause the sound. The pair also has adaptive EQ to optimise sound for different genres of music.

Apart from a dedicated noise control button to switch between ANC and Transparency mode, the AirPods Max have a digital crown on top of the right earcup to play/ pause/ skip tracks, activate Siri, and, most importantly, control volume with precision. The headphones claim to deliver up to 20 hours of listening time on a single charge with ANC enabled. According to Apple, five minutes of charge time provides around an hour and a half of listening time.