Vi (Vodafone Idea) has revised its entry-level postpaid family plans by Rs. 50. The latest change is applicable to the Rs. 598 and Rs. 749 postpaid plans that both were launched under the Red Together portfolio last year. Both plans are specifically designed for multiple users sharing a single postpaid plan. While the Rs. 598 Vi postpaid plan was designed for two connections, the Rs. 749 plan was aimed at three connections. The update is reflecting on the My Vi website. 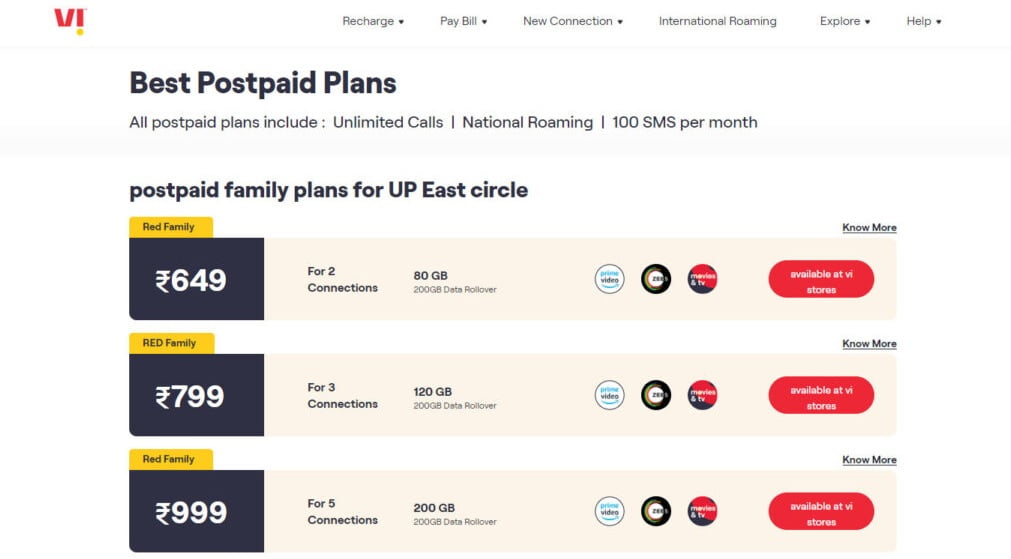