Toyota is in the midst of preparing for the new Fortuner Legender’s launch in India. Expected to make landfall sometime in early 2021, this significantly updated version of the popular Fortuner gets a new look, a new set of features and, along with some updated off road kit, a more powerful 2.8 diesel engine. 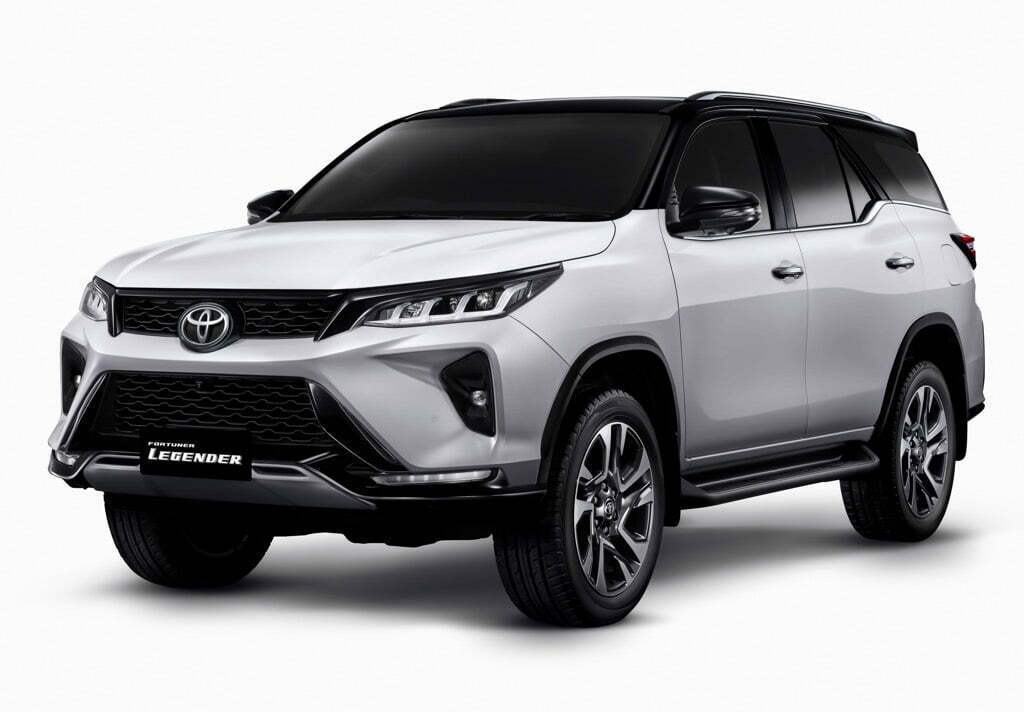 What is the Toyota Fortuner Legender? Will it replace the regular Fortuner?
Toyota’s Fortuner Legender is a more upmarket version of Toyota’s Fortuner. Not only does it get more equipment, as facelifts generally do, the Legender also has an all-new look. The nose is in fact completely altered, and the SUV looks a bit different from the rear too. The Legender, however, won’t replace the Fortuner. To be sold side by side, but at a premium, the Legender will sit above the regular Fortuner. 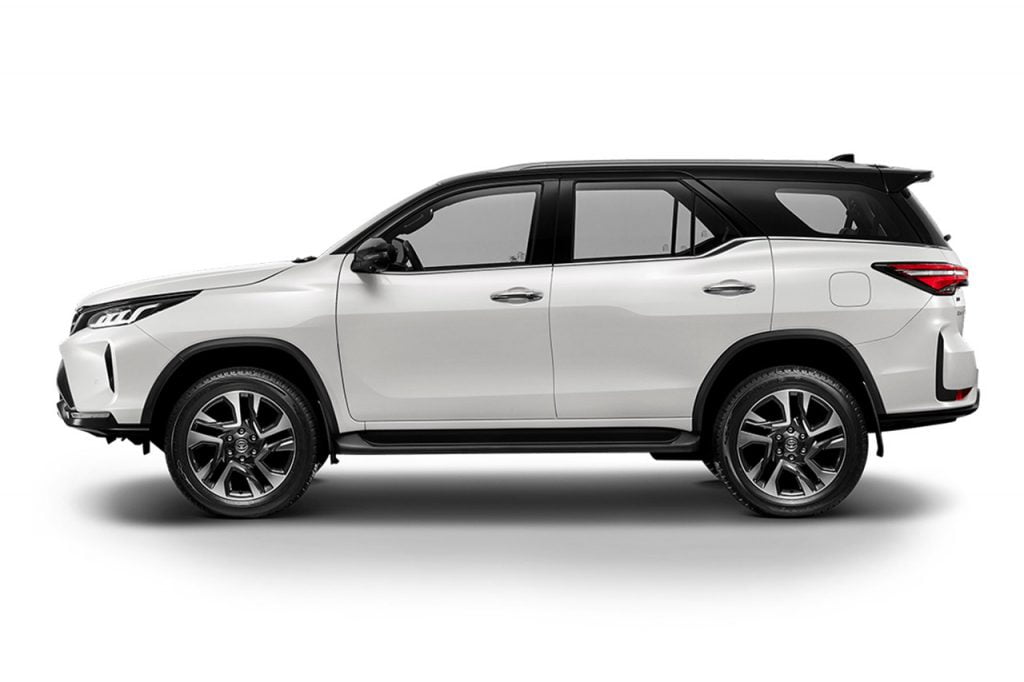 How does the Toyota Fortuner Legender differ from the regular Fortuner?
While the regular Fortuner will also get a mild facelift, with only small changes carried out, the Legender gets an all-new nose. It is sharper and more rakish looking up front, it gets a significantly higher bumper line, the deep jet fighter engine intake-like fog lamp ‘enclosures’ look attractive and what adds to the drama is the large intake area under the bumper. The Toyota logo, in dramatic fashion, has been moved down onto the bumper, and rests at a jaunty angle. To add definition, there are new sharp-looking white LED headlights that look more Lexus than Toyota, with their individual elements and dual projectors clearly visible, and it also gets swiping or sequential LED turn indicators lower down. 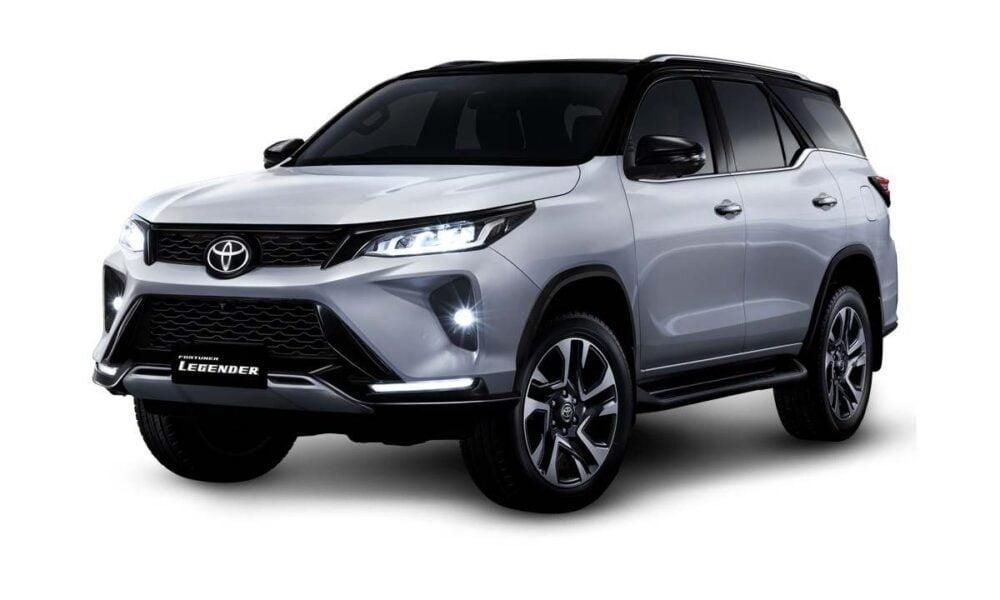 In addition, there are new 20-inch wheels and some small changes to the bumper in the rear. On the inside, you get a larger 9.0-inch screen, 360-degree reversing camera, Apple CarPlay, wireless charging, and two-tone seats as well. Top-of-the-line versions could also get a lane departure warning system, radar guided cruise control and a Hilux-like wheel orientation sensor for off-road driving.

Will the Fortuner Legender get a more powerful engine?
Toyota will upgrade the power of its 2.8-litre diesel engine to make 204hp and 500Nm of torque. That big hit of torque importantly comes in from just 1,600rpm, and what’s neat is that the torque curve remains flat until 2,800rpm. The increase in power and torque is done primarily with the help of a variable nozzle turbo, which is controlled by an electric motor for higher efficiency. Toyota’s 2.8v GD diesel engine, produced in India, however, won’t be sold exclusively on the Legender and is likely to power the regular Fortuner too. While the 2.4 engine that makes 150hp and 400Nm of torque is available on the Innova, it isn’t clear if Toyota will offer it again on the Fortuner in India, as it does in some other markets. 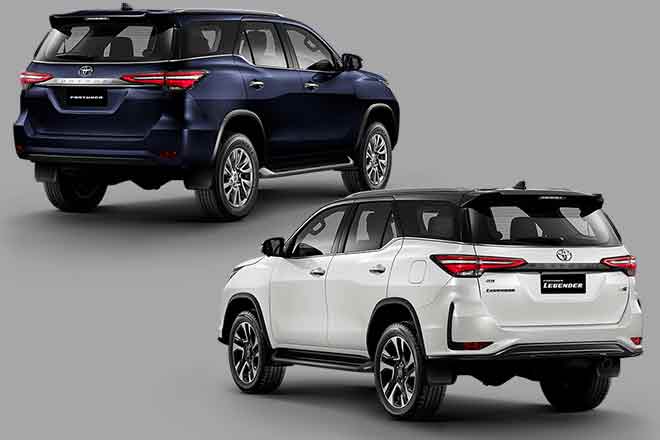 How much more expensive is the Fortuner Legender likely to be?
Whereas the top-of-the-line Fortuner retails for around Rs 34.43 lakh, prices for the new Fortuner Legender are expected to start at around Rs 43 lakh. This will place it at a considerable premium over other large body-on-frame SUVs in its class like the Ford Endeavour and the MG Gloster, some of whom – the MG – are better equipped.