In a recent development, the Indian government has banned at least 43 mobile apps in the county. These apps have been taken down by the Ministry of Electronics and Information Technology under section 69A of the Information Technology Act. The ministry adds that it issued the ban on these apps in India based on the reports from the Indian Cyber Crime Coordination Center, Ministry of Home Affairs.

This move follows the ban on several Chinese apps during the tensions that persisted at the Line of Control in eastern Ladakh back in July this year. These include the popular Chinese apps TikTok, Helo, Shein, WeChat, UC Browser, Shareit, and more. It was touted that these apps were involved in activities against the country’s integrity and sovereignty.

Here is the complete list of 43 Chinese mobile apps banned in India now. 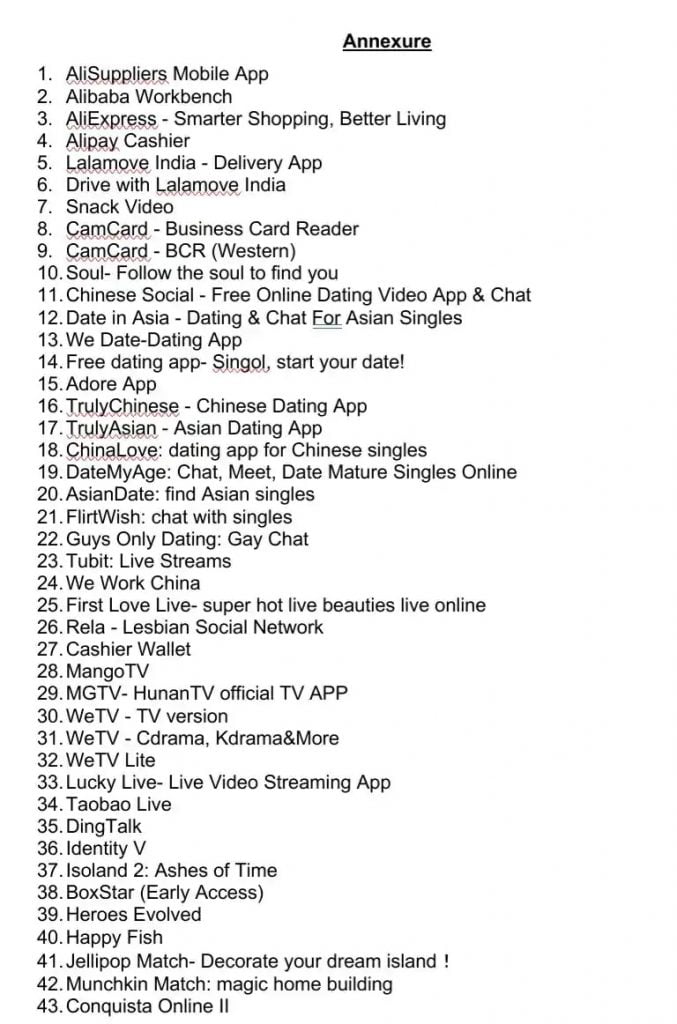 The ministry claims that access to these apps have been banned in India as these are found to be engaging in activities that are harmful to India’s integrity, defence, security, and sovereignty.