Google Play store, its developer has announced. FAU-G was first expected to arrive in October, but the launch was then delayed to November. The mobile shooter game finally appeared on the Google Play store on November 30 but only for pre-registrations. A final launch date has not been revealed yet. FAU-G, short for Fearless and United Guards, is touted to take on PUBG Mobile India — a slightly tailored version of the global variant of PUBG — which is also expected to launch soon. 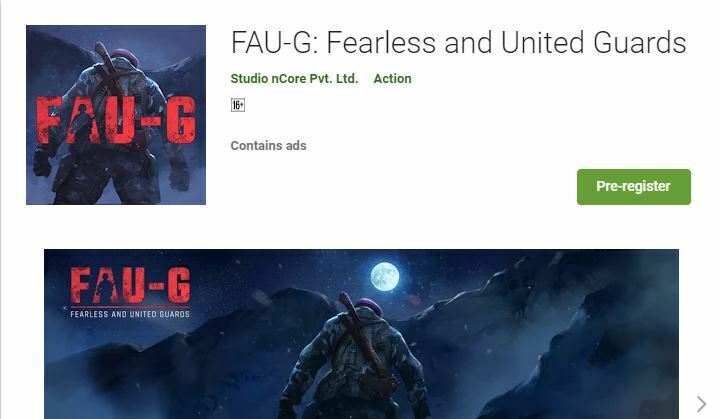 nCore Games, the Bengaluru-based developers of FAU-G, made the announcement about the game’s pre-registration numbers on Twitter. The pre-registrations of the game began on the Google Play store three days ago for Android devices, and its conspicuous absence from Apple’s App Store for iOS devices could mean that the developers are sticking to an Android-only game for now. Users who have pre-registered will receive a push notification letting them know the game is available for download. Eligible devices will have the game automatically downloaded and installed.

Thank you for a fantastic response! Highest number of pre-registrations in India in less than 24 hours!

The Google Play store listing of FAU-G does not give away any details about its expected launch, the download size, or the list of compatible devices, though sources suggest it will take place this month. It does, however, include a description that gives a fair idea about its storyline and gameplay.