Apple Fitness+ workout service was unveiled alongside the Apple Watch Series 6 in September. At the time, Apple said that it would be made available sometime at the end of 2020, and now an announcement regarding availability has been made. The Cupertino company has confirmed that Apple Fitness+ – a new paid online fitness class service that is designed to work with Apple Watch – will launch on December 14. It will offer 10 of the most popular workout types, including high intensity interval training (HIIT), strength, yoga, dance, core, cycling, treadmill (for running and walking), rowing, and mindful cooldown. 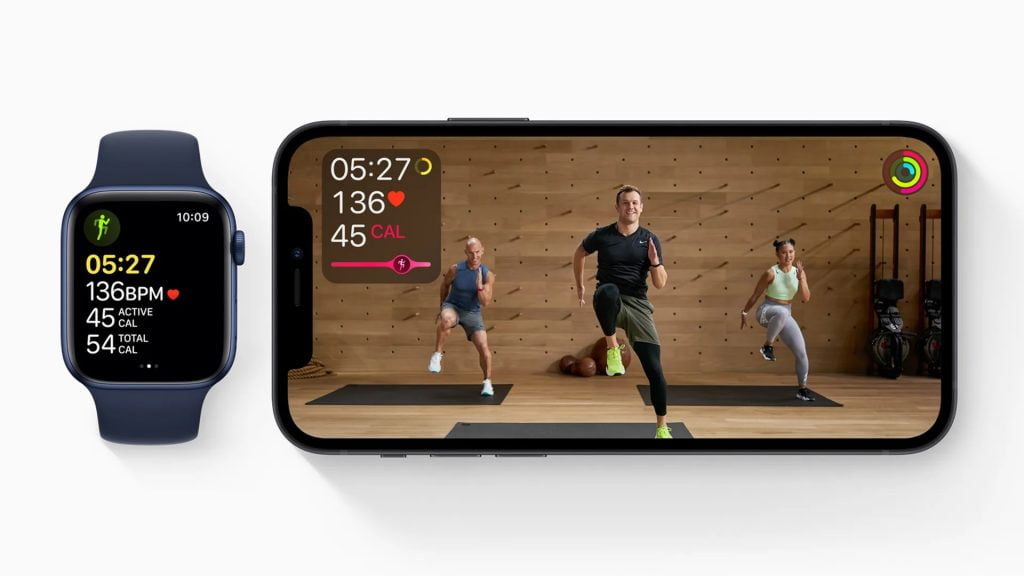 iPad users will have to download the Fitness app from the App Store. Fitness+ requires iPad Pro, iPad (5th generation or later), iPad mini 4 or later, iPad Air 2, or iPad Air (3rd generation or later). On Apple TV, the Fitness app will automatically appear once the user upgrades to tvOS 14.3. Apple Fitness+ is supported on Apple TV 4K and Apple TV HD.

Apple Fitness+ features
For the Apple Fitness+ service, the company has roped in a team of trainers that have designed workouts in different formats. They are fuelled by inspiring music from current top artists to help keep the motivation at maximum. Workout types include high intensity interval training (HIIT), strength, yoga, dance, core, cycling, treadmill (for running and walking), rowing, and mindful cooldown. 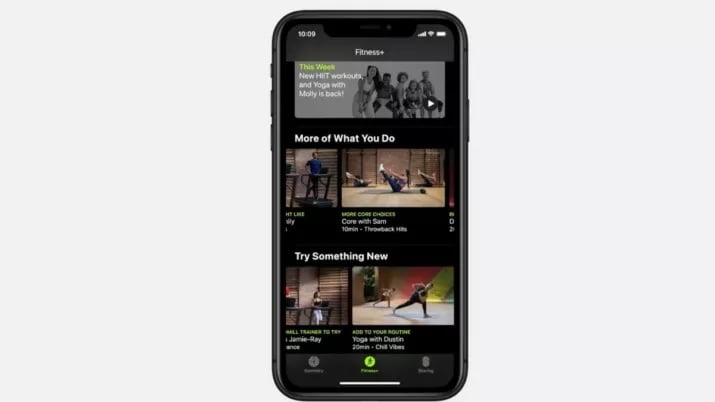 Apple has deeply integrated the service into Apple Watch to offer animated personal metrics during the workout, and an immersive experience that takes into account what the trainer says. “When the trainer says to check heart rate, the heart rate metrics are spotlighted; during tough intervals, a countdown timer starts to help users get through to the last second; and when they close their Activity rings, a celebration happens right on the workout screen,” Apple explains on its blog. Workout options range from no equipment, to a set of dumbbells. It also includes cycling, treadmill, and rowing workouts. Most workout sesions range in increments of 10, 20, 30, and 45 minutes.

Fitness+ intelligently recommends workouts based on what the user enjoys, offers suggestions to try something new, helps in discovering a new trainer, and proposes a workout to complement their current routine. To get a workout started, Apple Fitness+ offers a series of options that allows users to choose their trainer, time, workout, and music to get to their next workout. There is also an Activity Sharing feature that allows family and friends to see Fitness+ workouts completed, and workouts can also be shared to their favourite social media channels.

Apple says that an “Apple Music subscription is not required to enjoy the music in Fitness+, but for those who have one, favourite songs or an entire playlist from Fitness+ workouts can be downloaded to their Apple Music library to listen anytime.