TikTok How did the video-sharing app get so big so quickly?

TikTok How did the video-sharing app get so big so quickly? 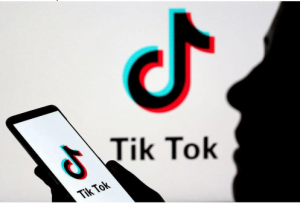 TikTok’s rise has been meteoric. With more than 3 million people a day now downloading the app, its success is down to more than just luck.

Inside the rise of TikTok, the video-sharing app with 1 billion downloads that’s owned by a massive Chinese internet company.
One of the most popular apps among teenagers ar the moment is a short form platform called Tiktok.

TikTok acts as a social network, where users share videos covering a wide range of categories, from lip-syncing to comedic skits to viral challenges But even if you’ve never heard of the app, it’s worth getting to know it.

TikTok has over 1 billion all-time downloads, and its popularity and influence have only continued to spread. TikTok is the product of a major Chinese company, The app has gone through name changes and has only been on the scene for a few years. but it’s all only helped to spur its popularity to a new height.