Human trials will begin imminently – but even if they go well and a cure is found, there are many barriers before global immunization is feasible

Even at their most effective – and draconian – containment strategies have only slowed the spread of the respiratory disease Covid-19. With the World Health Organization finally declaring a pandemic, all eyes have turned to the prospect of a vaccine, because only a vaccine can prevent people from getting sick.

About 35 companies and academic institutions are racing to create such a vaccine, at least four of which already have candidates they have been testing in animals. The first of these – produced by Boston-based biotech firm Moderna – will enter human trials imminently. 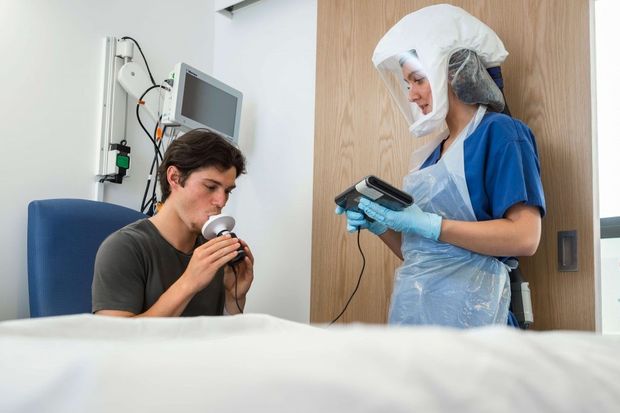 Coronaviruses have caused two other recent epidemics – severe acute respiratory syndrome (Sars) in China in 2002-04, and Middle East respiratory syndrome (Mers), which started in Saudi Arabia in 2012. In both cases, work began on vaccines that were later shelved when the outbreaks were contained. One company, Maryland-based Novavax, has now repurposed those vaccines for Sars-CoV-2 and says it has several candidates ready to enter human trials this spring. Moderna, meanwhile, built on earlier work on the Mers virus conducted at the US National Institute of Allergy and Infectious Diseases in Bethesda, Maryland.

There are good reasons for that. Either the candidates are unsafe, or they’re ineffective, or both. Screening out duds is essential, which is why clinical trials can’t be skipped or hurried. Approval can be accelerated if regulators have approved similar products before. The annual flu vaccine, for example, is the product of a well-honed assembly line in which only one or a few modules have to be updated each year. In contrast, Sars-CoV-2 is a novel pathogen in humans, and many of the technologies being used to build vaccines are relatively untested too. No vaccine made from genetic material – RNA or DNA – has been approved to date, for example. So the Covid-19 vaccine candidates have to be treated as brand new vaccines, and as Gellin says: “While there is a push to do things as fast as possible, it’s really important not to take shortcuts.”